To say that St. Patrick’s Day is a big deal in Chicago is an understatement. From the annual dyeing of the Chicago river to parades to day-long cultural celebrations, we’ve rounded up the best events that make the city come alive on St. Paddy’s Day. 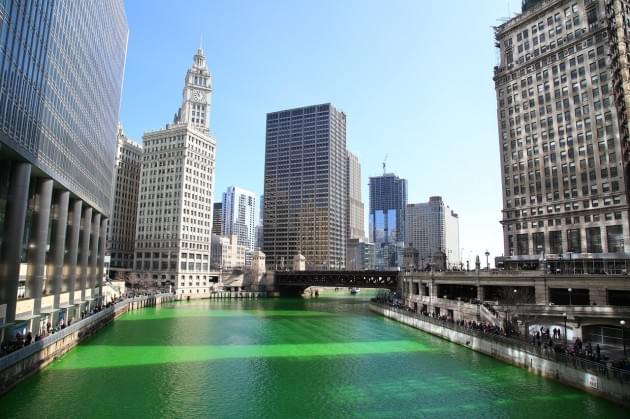 Dyeing of the Chicago River

It all starts with the annual dyeing of the Chicago River at 9am on parade day, March 11. Buckets of orange dye are poured into the river, transforming it into a vibrant shade of green.

Always held the Saturday before St. Patrick’s Day, the Chicago St. Patrick’s Day Parade will be March 11 at 12pm. The parade starts at Balbo and Columbus and will proceed north on Columbus Drive and the viewing stand will be located in front of Buckingham Fountain.

This fun run through Lincoln Park benefits the Greater Chicago Food Depository and collected a record of 1,000 pounds of food for people in need last year. It starts March 11 at 9:30am. Festive attire is encouraged – there will be awards for the best dressed Leprechaun Leapers!

After the parade, head over to the IAHC for this day-long celebration featuring food, drinks, music, dancing, vendors and live entertainment from Irish Heritage Singers, the Shannon Rovers Irish Pipe Band, the Chancey Brothers, the Dooley Brothers, Patrick and Karen Cannady and Friends, Trinity Irish Dancers, In Spite of Ourselves, the Academy of Irish Music, and the O’Hare School of Irish Dance.

Naperville’s St. Paddy’s Day 5K will raise money to provide health related services to those in need. The race begins March 11 at 8am and goes through downtown historic Naperville, just a few minutes from Hidden Creek.

After the 5K, stick around the Naperville’s own St. Patrick’s Day parade organized and managed by West Suburban Irish. It all kicks off at 10am.

Named for its founder who planned the first St. Patrick’s Day parade in Dundee in 2006, the parade continues today in Thom McNamee’s honor. The festivities kick off on March 11 in Dundee, just 10 miles north of our Highland Woods neighborhood, with a morning 5K, followed by the parade and pet parade.

On the evening of St. Patrick’s Day, head to the footbridge of the Fox River to see the sky light up with fireworks, as well as Dundee Scotts Bagpipes on either end of the bridge and a glow-in-the-dark juggler.