The Dogs of Overstreet

October is National Adopt-a-Dog Month! We’re celebrating by showcasing the Overstreet’s team very own shelter dogs, in an effort to inspire our residents to give a shelter dog a second chance at a fur-ever home!

Meet Tanner, Greg Overstreet and his fiancé, Megan’s, rescued boxer from Casey’s Safe Haven. He enjoys eating scraps of goose meat, giving hugs and chasing after the Overstreet boys! Tanner went from being a rescue dog to a lovable therapy pooch who enjoys long naps (sometimes at the Overstreet office). 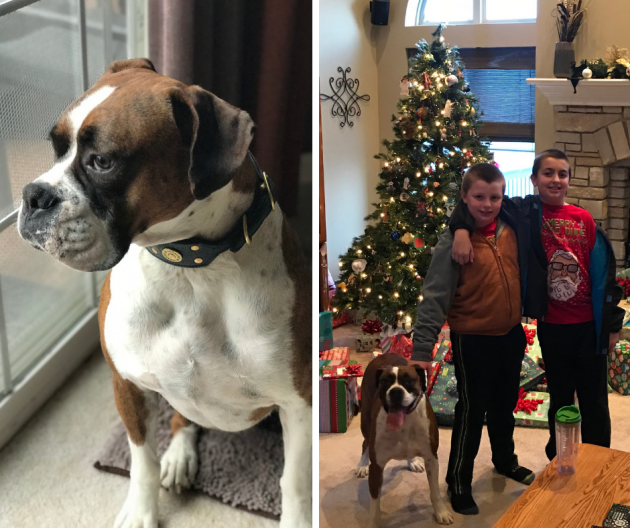 This summer Tanner made a new friend, Dave the Duck. Don’t let Greg Overstreet fool you, he’s a softy for ducklings in need! 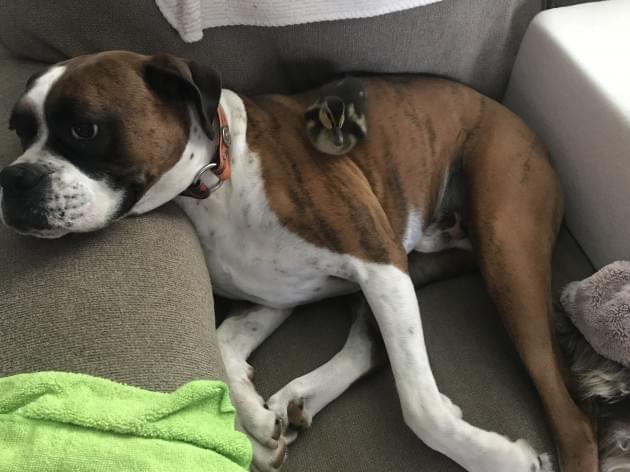 Say hello to Shiloh! This lovable lab belongs to Doug and Terri (Greg and Jess Overstreet’s parents). Shiloh is a master at fetch and will literally play for hours!  She loves swimming, playing in the snow, and running around in the woods. 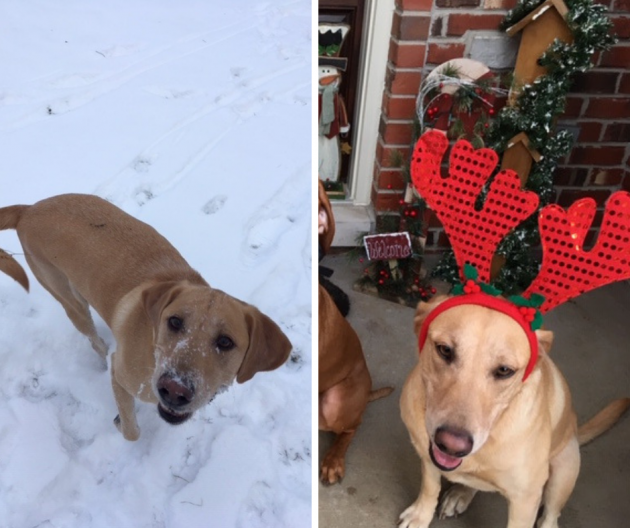 How adorable are Jessica Overstreet’s vizsla pups, Khaleesi and Teddy! Both dogs love to run around in the woods exploring and finding animals to chase after. 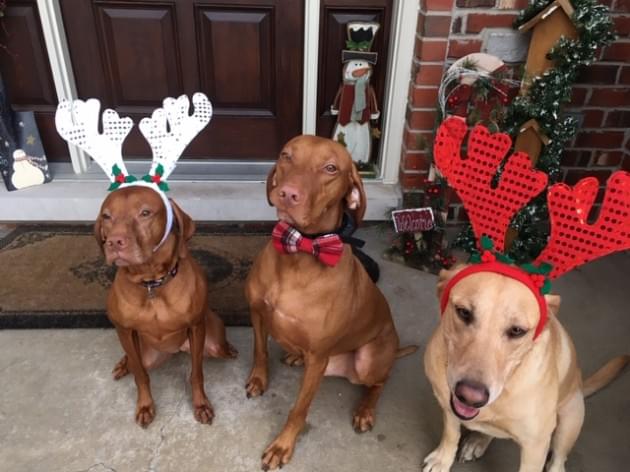 Named after everyone’s favorite Dragon Queen from HBO’s hit series, Khaleesi adores human attention and loves to snuggle under the covers.  She thinks she is the guard dog of the house and will let you know if anything outside moves. Squirrels beware! 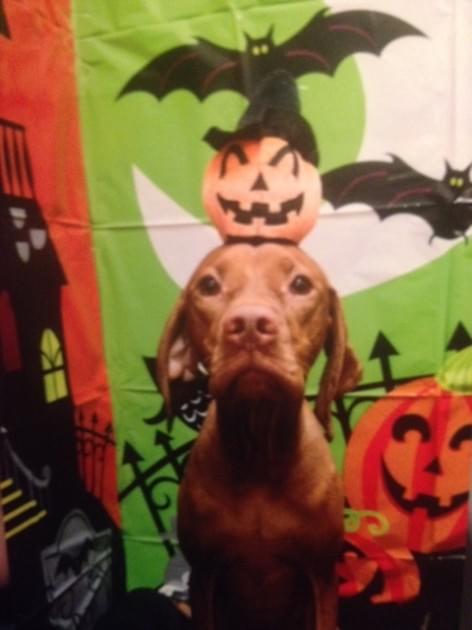 While it is not encouraged, Teddy loves to dig for animals, and he has a killer smile! This cutie was rescued from Midwest Vizsla Rescue. 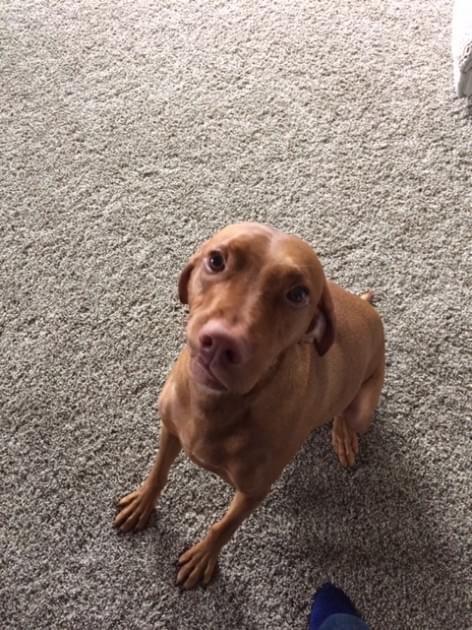 Both pups enjoy hanging out with their four-legged friends at daycare while mom is working and look forward to coming home to their fur-ever family. 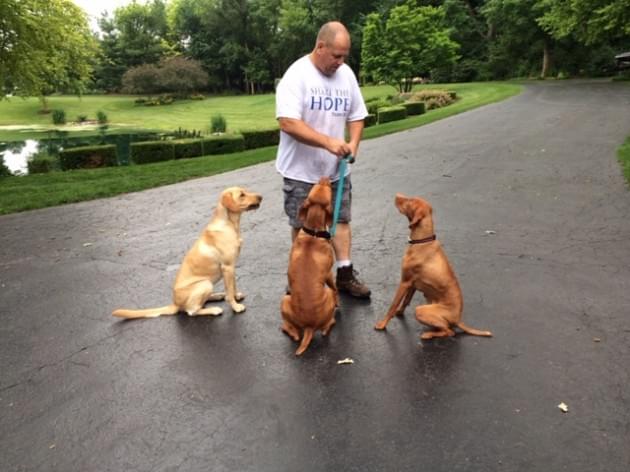 Shiloh, Khalessi, and Teddy giving Doug their full attention during a “training” session!

Meet Rob and his wife Shannon’s adorable dogs, Paco and Lexi! Both love to be with their family and enjoy camping in the summers! These two love to come into the Overstreet office to give a helping paw! Paco, a Chihuahua, was adopted from Tails, a shelter in Dallas, while Lexi, a mixed breed, was adopted from the local Petsmart! 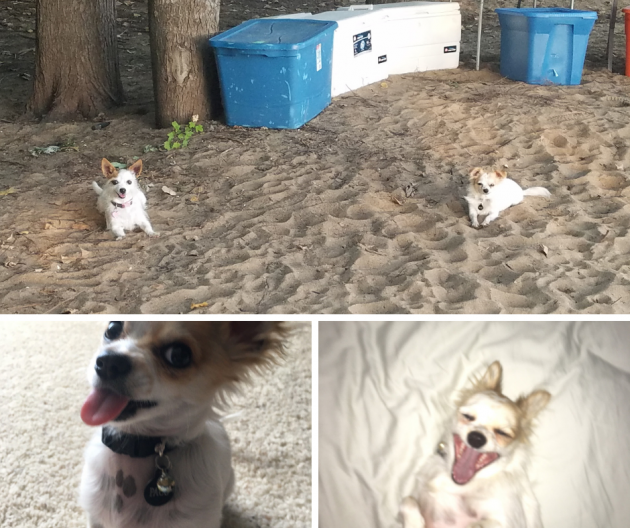 This cutie belongs to Drew and his wife, Felicia! Jersey is a twelve year old Labrador mix who’s friendly with all the kids in his neighborhood. Rescued from the local pound when he was just eight weeks old, Jersey loves to swim and his terrified of thunder and fireworks and will go in the bathtub when he hears them. 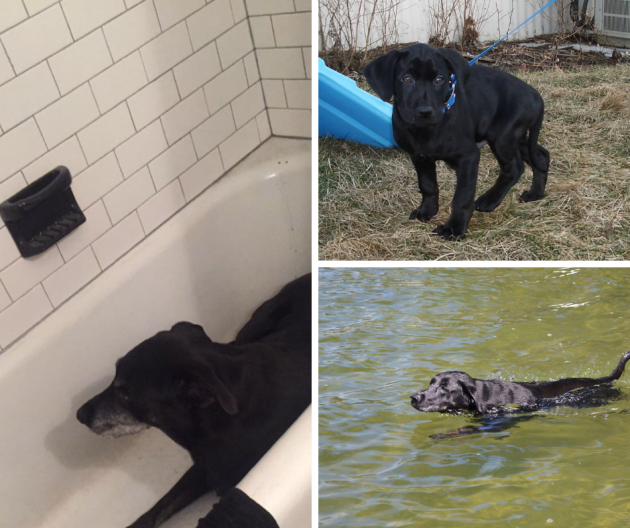 Say hello to Bella and Boomer! This adorable Yorkie duo belongs to Sue, the Overstreet Builder Service Manager. Bella, a nine year old teacup yorkie, weighs in at 2.9 lbs.  But don’t let the size fool you! She enjoy rides in the car and very short walk due to her short legs. Boomer is an 11 year old yorkie and loves to follow his pet parent everywhere. He enjoys picking on Bella and playing big brother as well. 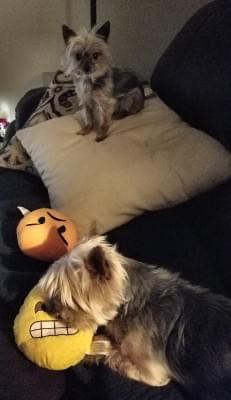 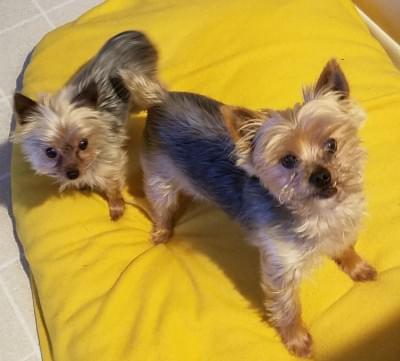 Grace and  Mike also have a pint-sized pup, Louie!   Louie has been a member of the Bagnole family for 11 years!  He is energetic, enjoys car rides, and loves to greet each family member at the door!  He looks forward to his daily treats, some of his favorites are cucumbers, honey nut cheerios and cheese!  A day is not complete without Louie curling up next to you on the couch and spending quality time together. 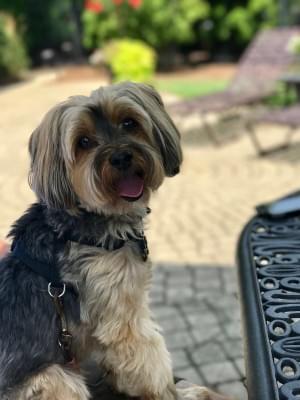 We’re wrapping up our Dogs of Overstreet post with a few laughs from Riley and his pet parent Jim and Sandi! How does a dog get one ear up and one ear down? He sleeps up against the couch!!  He was lucky to be rescued 15 years ago by Jim’s family due to prodding of Jim’s son (every young boy needs a dog, right?)!! 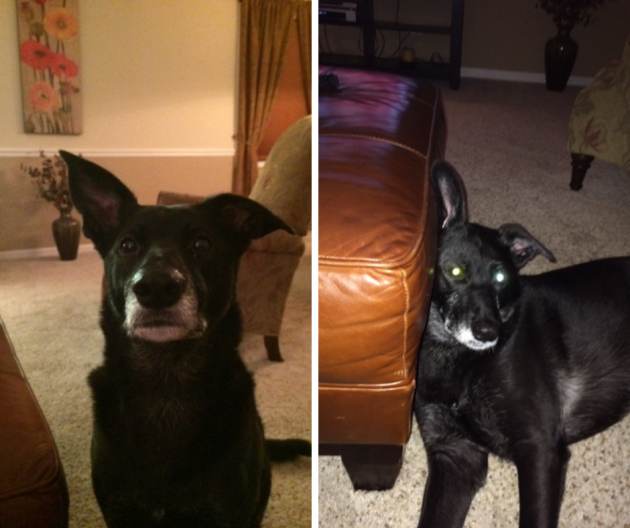 From November 9-11 Petsmart charities will be hosting special adoption drives for National Adoption weekend. Head to the Naperville Petsmart, minutes away from ourAshwood Park community, to help save a life by adopting a homeless pet.